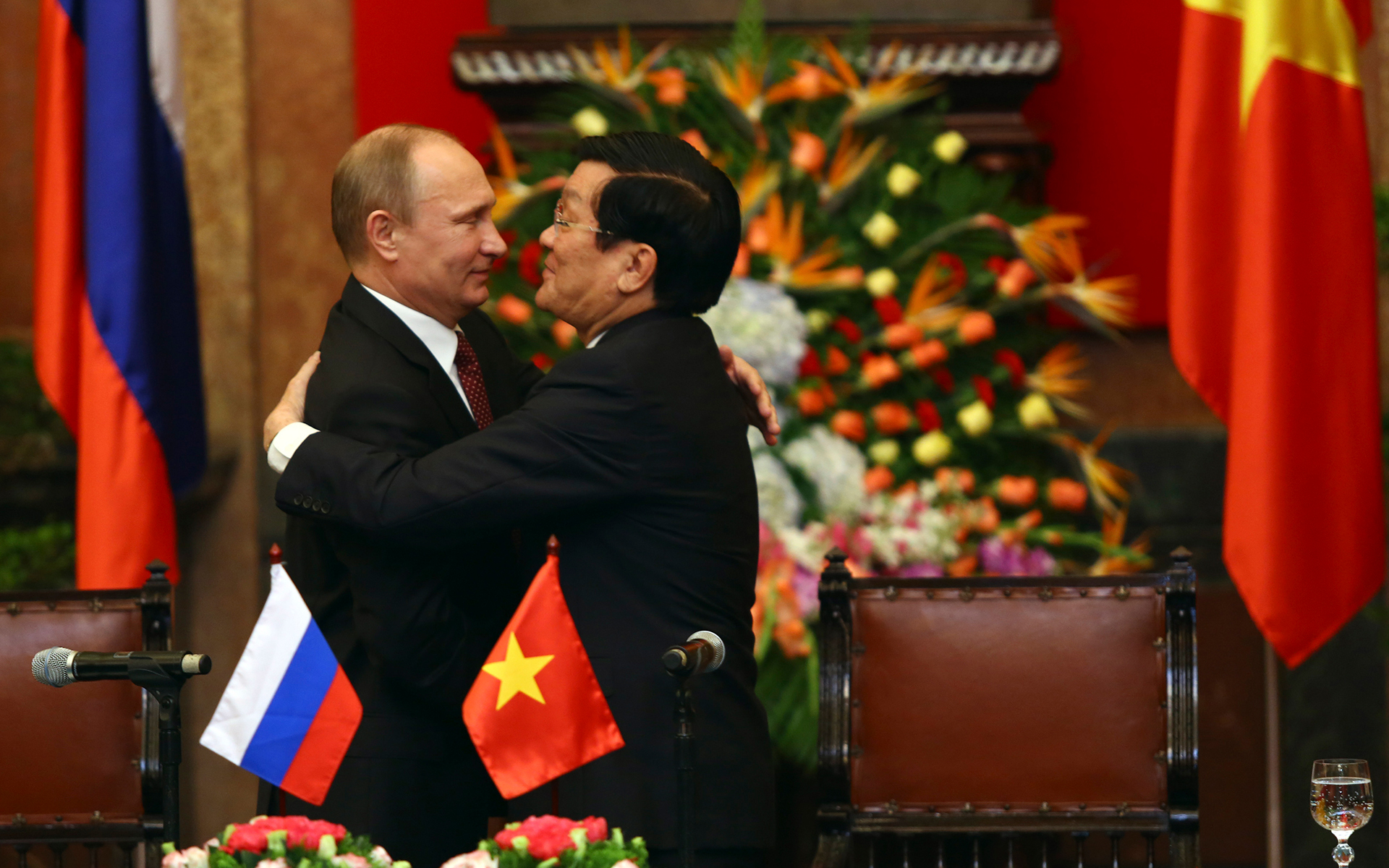 “Over the recent decades our countries and the entire world have seen profound global changes. However, the things that do not change are the traditions of the Russian-Vietnamese friendship, trust and collaboration.”

Since 2012 Russian-Vietnamese relations were elevated to the level of a comprehensive strategic partnership. As per Decree No. 605 of May 7, 2012 by the President of Russia Vladimir Putin, the Socialist Republic of Vietnam (SRV) is designated as one of the three most important strategic partners of Russia in Asia (together with China and India). Foremost this assessment is a reflection of rowing mutual trade. It is as also telling that the SRV has become the first nation to sign a free trade agreement with the Eurasian Economic Union’s member states. Owing to the implementation of this agreement’s provisions, and the inclusion of a slew of related bilateral arrangements, it was possible to achieve a mutual commodity turnover of US$6.1 billion. This volume sets a record for the entire post-Soviet period.

The SRV government, in turn, pays close attention to developing interregional cooperation with the Russian Federation, spanning a wide range of areas, with a focus on trade and economic relations. The SRV considers Russia a friendly extra-regional power, which has retained, and multiplied its political, economic as well as military potential. The SRV strives to use its relations with Moscow to “balance” relationships with other influential countries. An additional insentive encouraging the cooperation of the two countries was provided by the Program of action for the 2019 crossover year (the Year of Russia in Vietnam and the Year of Vietnam in Russia).

Throughout 2019, in the course of high-level intergovernmental contacts, much attention was also devoted to the interregional mutual cooperation. For example, during his official visit to the Russian Federation in May 2019, SRV Prime Minister Nguyễn Xuân Phúc, apart from meeting with Russian President Vladimir Putin, has also met with the Acting Governor of St. Petersburg A. Beglov. During the delegation’s visit, the Mayor of Moscow Sergey Sobyanin and the Chairman of Hanoi People’s Committee Nguyễn Đức Chung signed a program of cooperation between the two cities for the years 2019-2021. In the presence of the prime ministers of both nations, an agreement was signed between the governments of the Kaluga Region and the People’s Committee of Bình Thuận Province on the international and foreign economic cooperation in the economic and sociocultural spheres.

Strengthening of trade and economic relations

The strengthening of trade and economic relations with provinces and cities of the SRV was discussed in detail over the course of a series of thematic events. Two of the largest international forums in St. Petersburg (June 2019)[1] and in Vladivostok (September 2019)[2] attended by the delegations of the SRV headed by Politburo member, Chairman of the Central Economic Commission of the CPV, Nguyễn Văn Bình and Deputy Prime Minister Trinh Đình Dũng, respectively.

In November 2019, Hanoi was visited by members of the administration and business community from 19 subjects of the Russian Federation, in order to take part in the third international industrial exhibition “Expo Russia-Vietnam 2019”, and to attend the round table on the issues of interregional cooperation. In April 2019, Russian agricultural and food industry companies from the Novosibirsk and Omsk regions conducted business missions in Ho Chi Minh. In May 2019, Novosibirsk also hosted the exhibition “Vietnam EXPO Siberia 2019”.

Comprehensive communication was established between the sector divisions of the foreign policy agencies of the two nations. In May 2019, the first consultations were held in Hanoi to cover issues concerning the coordination of international and foreign economic interregional relations under the chairmanship of the Director of the Department of Relations with the Federal Subjects, Parliament and Public Associations of the Ministry of Foreign Affairs of Russia, S. Grigoriev, and the head of the Department of External Regional Relations of the Ministry of Foreign Affairs of Vietnam, Nguyễn Hoàng Long. The parties exchanged their opinions on the matters of legal regulations, the channels of communication between central and local government bodies, and the procedures and conditions for the regions to make their international arrangements.

Interaction between the capital cities

The interaction between the capital cities of the two countries became more active. In November 2019, the Days of Moscow started in Hanoi. The Russian delegation was headed by the minister of the Government, Director of the Department of Foreign Economic and International Relations of Moscow, S. Cheremin.

Ho Chi Minh City is traditionally one of active participants fostering relations with the Russian Federation subjects. In March 2019, this largest metropolis of the SRV was visited by a delegation from St. Petersburg headed by the Deputy Chairman of the External Affairs Committee V. Kalganov. Meetings were held with the heads of the People’s Committee and interested local companies and institutions. In May 2019 a reciprocal visit was organized for the First Deputy Secretary of the City Committee of the Communist Party of Vietnam Chan Lưu Khan to take part in the Days of Ho Chi Minh City in the northern capital of Russia. In October 2019, Governor A. Beglov met with Politburo member, Secretary of the CPV Central Committee and head of the CPV Central Committee’s Information and Education Commission Mr. Võ Văn Thưởng arrived in St. Petersburg to take part in the opening ceremony of the Russian-Vietnamese conference “Spiritual Heritage of Ho Chi Minh. 50 Years Later.”

Other cities and provinces collaboration

Other cities and provinces of the SRV also started collaborating with subjects of the Russian Federation. In March 2019, the Secretary of the CPV in Bình Dương Province, Wang Nam Chan, visited Moscow and the Orlov Region. He held meetings with Governor A. Klychkov and the executives of the state corporation Rostec.

In April 2019, a delegation from Bình Dương Province headed by the Permanent Deputy of the CPV Huyinh Thanh Kan visited the Kaluga Region and met with governor A. Artamonov. In July 2019 the Secretary of the CPV Committee, Chairman of the People’s Council of Thanh Hóa Province, Chin Van Tien, undertook a business trip to Russia. The main outcomes of the trip included the signed memorandum on cooperation with the Tula Region, and a conference on promoting the potential of trade investment and tourism in the Vietnamese region.

In August 2019, Secretary of the CPV Committee in Can Tho City Chân Quốc Chung paid a visit to Russia. As a result, cooperation agreements were signed with the Republic of Mordovia in the areas of logistics, agriculture, and chemical industry. Likewise, an agreement was reached to work on establishing twin-city relations between Can Tho and Saransk.

Khánh Hòa Province kept its leadership positions in attracting tourists from Russia. This was largely facilitated by the fact that at the end of 2018 S7 Airlines launched direct flights from the cities of Irkutsk and Novosibirsk to Cam Ranh International Airport. In December 2019, regular flights also started from Vladivostok.

A great potential for the expanding relations with Russia can be seen in Đồng Nai Province, which is striving to implement a large-scale project, i.e. the Center for Nuclear Science and Technology, with the assistance of the ROSATOM state corporation. Furthermore, in Đà Nẵng City, the GAZ Group is launching assembly production facilities to domestically produce automotive vehicles.

Events on science and education

An important place in the structure of interregional relations traditionally belongs to the events on science and education, as well as on cultural and humanitarian causes. In March 2019, the Russian Center for Science and Culture in Hanoi held academic competitions in Russian language, math, physics, and informatics (as a part of the project “Time to Study in Russia”) for university and school students. Around 3,200 Vietnamese students took part.

In July 2019 the cities of Hanoi and Ho Chi Minh hosted a Russian-Vietnamese youth forum. The head of Rosmolodezh A. Bugaev and the First Secretary of the Ho Chi Minh Communist Youth Union Lê Quốc Phong participated in the events of that forum.

In August 2019, competitors from Vietnam attended the 45th world championship of vocational skills organized according to “WorldSkills” standards.

In September 2019 a delegation from fourteen Moscow and regional national universities went to Vietnam to participate in the regular stage of the educational project “Universities of Russia”. They met with representatives of educational institutions from the cities of Hanoi, Hoa Binh, and Hai Dương.

Overall, in 2019 there were made undeniable advances towards expanding the cooperation to a wide range of areas. Holding events aimed at developing economic relations, primarily in the context of the 2019 “crossover” year, made it possible to expand the geography of interregional trade relations and to improve the positions of Russia in the information and cultural space of the SRV.

At the same time, it is important to recognize that there are objective difficulties preventing further expansion of the bilateral relations. In particular, trade and economic exchanges in the interregional context pose challenges. These include the lack of business community’s awareness of potential mutual beneficial opportunities, geographical remoteness. The “bottlenecks” in communications, transport and logistics, also non-tariff barriers and limitations, as well as complications with settling payments for traded goods, also play a part. Additional factors to be considered: the imbalanced structure of Russian export, as well as high competition on the local marketplace, multiplied by a strong focus of Vietnamese partners on the markets in the US, the European Union, and other Asian countries. 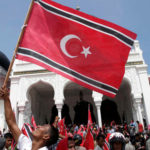 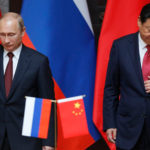 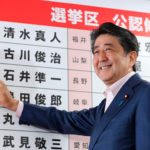