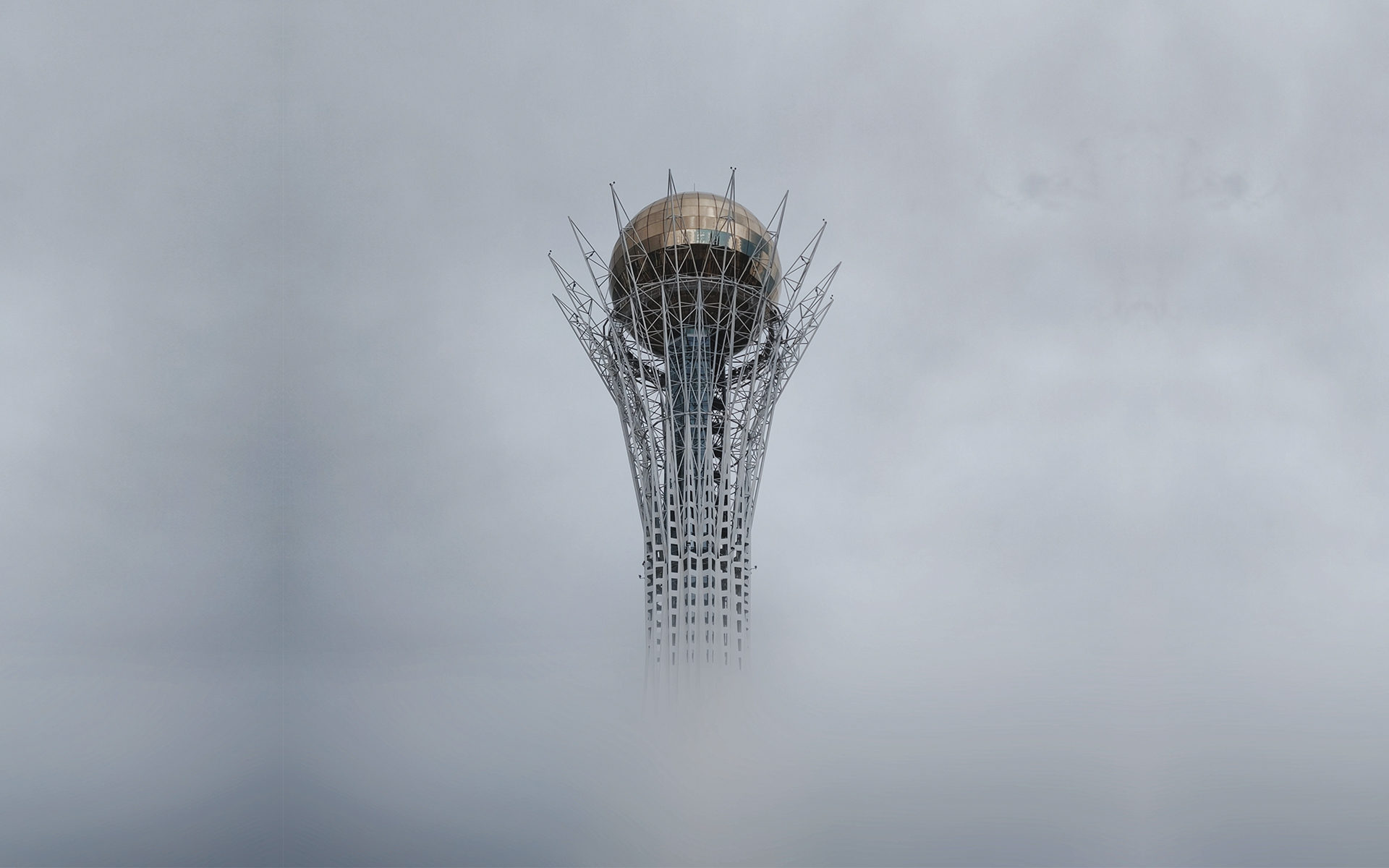 Kazakhstan’s unchangeable leader Nursultan Nazarbayev announced his resignation after 30 years in power in a semi-surprise move. Although rumors have been around for a while, many Kazakh citizens and even high-ranking officials did not foresee it happening on that exact day. The resignation took place in a politically curious period of economic problems and slowly growing social protest in Kazakhstan.

There were some signs of the move coming up – including a statement by the Speaker of the Kazakh Senate that Nazarbayev “might not run in the 2020 elections” as well as Nazarbayev’s inquiry on resignation conditions sent to the Constitutional Council. Still many expected him to finish the term and announce the successor in 2020. However, the sly Kazakh sage decided to outsmart everyone by choosing a geopolitically comfortable moment when Russia, the US, and the EU were paying close attention to elections in Ukraine.

Why leave not stay?

The reasons for Nazarbayev’s resignation included many things but definitely not a major fall in his personal popularity, considering the fact that the system would have easily let him be reelected once again. What are the reasons then?

First and foremost, Nazarbayev knows that he is not immortal. Running for another five years-term in 2020 might have been dangerous at his age old considering that Nazarbayev’s former Uzbek counterpart (Islam Karimov) suddenly died from a heart attack. Karimov’s death caused a minor political chaos in Uzbekistan bringing about a rapid change of political course and the so-called “dekarimization” from above.

Secondly, Nazarbayev wants to make sure that the transition process goes as smoothly and as quickly as possible considering the toxic international environment and increasing social unrest back home. With the Sino-American trade war, tensions between Russia and the West, as well as unstable oil prices the need for a stable government and socio-economic reforms is obvious.

Finally, there is a psychological factor at play too. Nazarbayev is a man with a vision of history. He wants to be seen as the founder of the modern Kazakhstan by the future generations. Nazarbayev definitely does not want to end up like Islam Karimov, whose successor discarded Karimov’s heritage as soon as he came to power.

What is the broader context of the resignation?

Leaving the president’s post behind, Nazarbayev decided to launch the transition period while being mentally and physically capable of controlling this process. This makes even more sense, if one takes into account the recent protests in the capital and other big cities like Almaty and Shymkent. These protests, however, are not a new phenomenon, but a rather slowly growing trend in Kazakh society since 2015.

Back then a sudden drop in oil prices caused a massive fall in the exchange rate of the Kazakh national currency (tenge). The National Bank of Kazakhstan stopped using the fixed exchange rate-system and switched to the floating currency-system. The currency’s value consequently dropped by more than 60% in less than one year, which significantly deteriorated the socio-economic situation and caused a major public uproar.

In 2016 the government tried to push for a land reform, allowing foreigners to lease huge areas of land for long-term purposes (for 25 years and longer). This ignited one of the most significant upsurge of protests in Kazakhstan’s contemporary history as the population feared that massive waves of Chinese farmers would flood the country and ruin the national agricultural market. The government had to back down and discard the bill.

In February 2018 new protests broke out after a tragic incident that happened in Astana. Five small girls died in a fire accident in the dead of the night while their parents were at work trying to earn money. The population was appalled with the plight of the family and Kazakh mothers came out to the streets, protesting. Many of them claimed that the state was not providing enough social support for the poorer population, which brought about incidents like that. The dissent allegedly resulted in Nazarbayev dismissing the government for the first time in many years, criticizing it for being socially and economically ineffective. Still, he did not officially cite the February incident as the cause for his decision.

Why does this matter?

The Kazakh experiment will be most likely closely watched by the leaders of Tajikistan, Turkmenistan, and, also, Russia. Other key geopolitical players such as China, the US, and the EU are unlikely to interfere in the situation being mostly interested in preserving stability in Kazakhstan. The country remains to be the main bulwark of Central Asian secularism and economic prosperity as well as one of the key oil and gas exporters in the region.

Thus, political continuity in Kazakhstan is in the interest of all regional players at the moment. With the increasing domestic criticism of the government and social unrest in the background, Nazarbayev decided to follow the Singaporean model in order to ensure his personal and family safety as well as to keep his influence in the new political environment. Being a close friend and admirer of Lee Kuan Yew, Singapore’s former prime-minister, Nazarbayev probably envisioned a similar scheme for Kazakhstan.

The general concept is that a leader resigns but still keeps playing a crucial role inside the system by creating a temporary position that allows them to monitor the situation. Having resigned, Nazarbayev remained Leader of the Nation and Chairman of the Security Council.

Such a model is relatively new for Central Asia, where political transitions happened only in three forms so far. It was either a sudden death of the leader (Turkmenistan, Uzbekistan), a revolution (Kyrgyzstan) or a democratic election (Kyrgyzstan). Kazakhstan, thus, created a new system with two sources of power – managed transition.

Is the new president sitting on a powder keg?

After Nazarbayev’s resignation, the Chairman of the Senate, Kassym-Jomart Tokayev became the interim president according to the constitution. A moderately conservative figure with political experience both at home and abroad, Tokayev completely supports the political line of Nazarbayev.

The problem, however, is that Tokayev suffers from a lack of public appeal in comparison to Nazarbayev, who dwarves him as a politician. Although the new president tried to appeal to the population by lifting some politically oppressive measures and handing out social benefits, that did not seem to have an immediate effect.

Instead Tokayev managed to cause public dissent two times in a bit more than a month, thus greatly damaging his already weak reputation.

The suggestion to rename the capital (from Astana to Nur-Sultan after Nazarbayev) during his inauguration, for example, was immediately rubber-stamped by the Parliament but massively ridiculed by the population.

After announcing a snap election, Tokayev was nominated as a presidential candidate by the ruling party “Nur Otan”. The event, however, was overshadowed by a brutal arrest and trial of civil activists in Almaty, who cited the Kazakh constitution on a banner. The severity of the punishment – two weeks in prison – horrified the population, destroying hopes for the improvement of the political climate.

Still, any sort of political transition that brings a new person in power after such a long period of time, however crude and artificial, will result in at least minor policy changes.

Having served as foreign minister and Director General of the UN Office in Geneva Tokayev is one of the most open-minded systemic politicians. He might be intending to make the state less oppressive judging by the measures he tried to implement so far such as lift of Facebook bans or registration of an opposition candidate for the elections.

That said, Tokayev’s team is composed only of Nazarbayev’s officials and Nazarbayev himself keeps interfering in policymaking decisions. The daughter of the former President, Dariga Nazarbayeva, who was elected the Senate Speaker, is breathing down Tokayev’s neck as a potential successor. Thus, it is extremely hard for both the elites and the population to take Tokayev seriously. Thus, it brings about an essential question – will the system function without Nazarbayev?

The snap election in June 2019 gives Tokayev a new five-year mandate to govern. Judging by his statements, he intends to continue the same economic and ethnic policy lines without mentioning anything about political reforms. His campaign is going under the motto of ‘continuity’, claiming that Nazarbayev’s model is what the country needs. Not everyone agrees.

According to both the protestors in the streets and many representatives of the moderate intelligentsia, there is a demand for both political and socio-economic change in the country. The increasing unhappiness of the Kazakh population with the existing political rules and, most importantly, with the government’s inability to address its social needs effectively might eventually lead to violent outbursts like the ones in Zhanaozen in 2011.

Some radical elements of the opposition are also visible in the background. Even though they are marginalized at the moment, one should not completely ignore them. This might also explain the degree of nervousness with which the government reacted to the protests that were allegedly called for by Mukhtar Ablyazov. Ablyazov is a former banking oligarch and a self-proclaimed archnemesis of the Kazakh elites, who is currently residing in France. He is often accused of trying to depose the existing government but his attempts have not been successful so far.

Nevertheless, political problems cannot be ignored forever.For example, it is not clear whether the new president will be able to deal with the omnipresent corruption poisoning the state apparatus. The other question is whether Tokayev is going to liberalize the political system to increase his own popularity and boost the country’s image on the international arena. It can be quite frustrating for politically responsible citizens when their own government implements such odious measures as prohibiting political social polls before elections. Without politically responsible citizens, on the other hand, the state will continue experiencing a brain-drain.

It is, however, hard to expect any radically progressive moves from Tokayev. Having built his entire career inside Nazarbayev’s system, he is not a huge proponent of political reforms. The elites also have a reason to fear that the danger of rapid democratization might result in political chaos and destroy the entire system. Therefore, many experts believe that any major political shifts will happen only if Nazarbayev leaves the political arena for good.

Conclusion: Addressing the need for change

However symbolic Nazarbayev’s decision might have been, it opened a completely new chapter in the history of Kazakhstan, leaving more questions than answers. Will Kazakhstan move in the direction of a progressive political system? Will Nazarbayev’s daughter run as a candidate in the next presidential election? And, most importantly, will the system function when the first president finally goes for good?

Looking at the events of the past five years, it is clear that the transition episode should be seen and understood in a broader context. Kazakhstan still faces many challenges that it cannot ignore if it wants to become a success story like Singapore. Reforming the bureaucratic apparatus and encouraging independent technocratic thinking, ensuring an independent judicial system, making the political system less rigid and more democratic, stamping out corruption, as well as getting rid of oil dependency and strengthening boost for industrialization are the key challenges that the government should focus on. Only by means of responding to the demands of the population wisely, will the current system keep working. A decision to conduct wise socio-economic and political reforms that the people crave for is what will define Nazarbayev’s and Tokayev’s role in history of Kazakhstan and Central Asia. 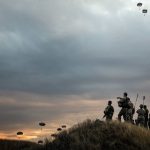 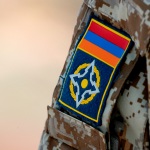